How to write an Olympic weightlifting program

How to write an Olympic weightlifting program, Part I
By glennpendlay 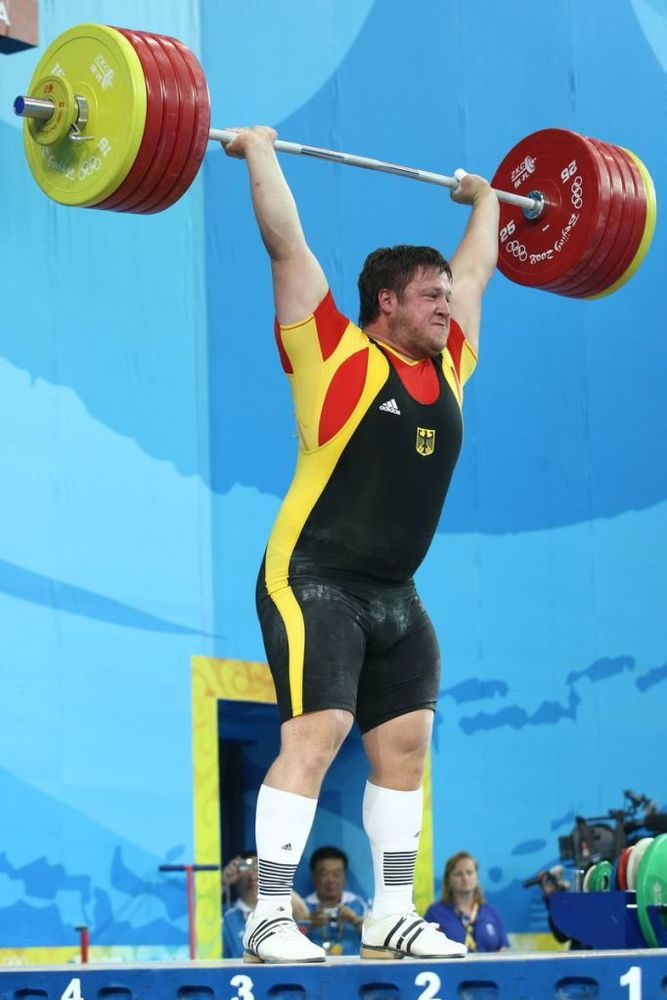 Nothing generates controversy in the world of weightlifting more than programming. Well, except for proper technique, who coached who, and drugs. But all that aside, there are plenty of arguments about how to program, and I would like to present some simple steps to follow that should allow just about anyone to write a decent program, no controversy needed.

Step 1 – Do enough snatching to make progress on the snatch.

Seems simple enough, doesn’t it? Well it is simple, but there are some qualifications to help you along. Beginners can usually become steadily better at the snatch with only 2-3 sessions of snatches a week. As you progress, you will usually find that adding sessions helps keep the progress coming. But don’t dismiss snatching 3 times a week as only for rank beginners, plenty of people have snatched big weights training the lift 3 times a week. So start with 2-3 snatch sessions a week, and use common sense as a guide.

When you do snatch, what exactly do you do? There are of course many snatch variations to choose from. I recommend using the competition style lift as your default position, if there are no special considerations, do full snatches from the floor. But, there are many reasons why you might want to do something else for one or more of your snatch sessions. If your technique is bad or you are just learning the lift, you might want to include partial lifts, such as the snatch from the hip. Variations like this are simpler, make it easier to do at least part of the lift correctly, and help reinforce good technique. There are a million variations, educate yourself on the possibilities, and include those you think will help. But keep in mind that the default should always be the actual competition lift, and barring a good reason, those should make up the bulk of your training.

All the advice for the snatch applies. The one further consideration is that the clean and jerk is two movements that can be separated. As with the snatch, if there are no special considerations, do the whole lift as it is done in competition. But if technique is bad or you are just learning, you can simplify it to make it easier to learn good technique on part of the lift at a time. You can do cleans by themselves, or jerk from a rack or block without cleaning the weight first. Separating the lifts this way often makes it easier to work on one particular deficiency. But even if you find this useful, try to do the clean and jerk in competition style at least once a week.

Squats are the most important strength exercise for weightlifters. Others that are valuable include front squats, push presses and presses, RDL’s and pulls with a snatch or clean grip. But the most important is squats, and squats can be sufficient by themselves.

There are a million strength programs available. Most will work if you put the work in, but squatting 2-3 times a week for multiple sets at a medium rep ange (4-6) is popular in weightlifting and general strength training circles for a reason. Let that form the basis of your default strength program unless there is a good reason to do something different.

So there you go. The backbone of a weightlifting program.

In Part II I will talk about some of the details.

How to write an Olympic weightlifting program, Part II
By glennpendlay 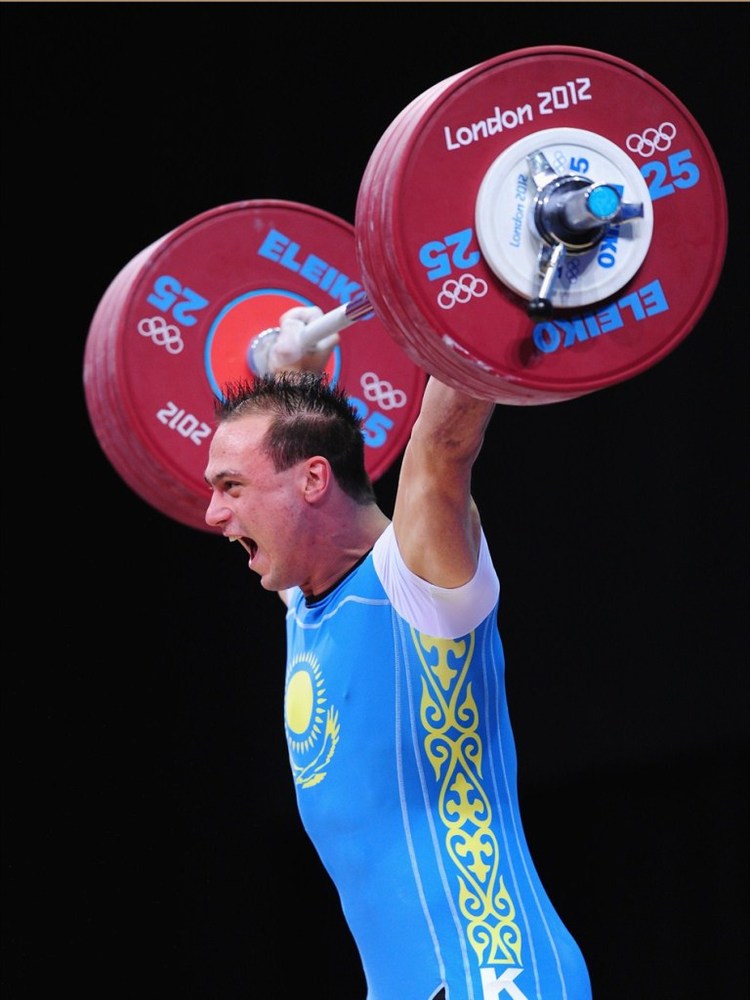 Ok, so you have read Part I, and you are snatching, clean and jerking, and squatting. Easy enough. Common sense should eventually allow you to fill in most of the details yourself, but a few hints might help things along.

1. Choosing the number of reps.

For the snatch and clean and jerk, trying anything above 3 reps should be self-correcting eventually. Most who try sets of 5 on the clean and jerk with any decent load quickly abandon the notion that the competitive lifts can be trained with high reps. Most (maybe all?) accomplished lifters use sets of 1-3 almost exclusively for a reason. And singles or doubles are probably far more popular than triples.

But is there a magic rep scheme? No. Some people train very productively using doubles and triples mostly. Some use nothing but singles. I like to mix it up a little, and I even include sets of 5 on the hang snatch every once in a while for a change of pace. There really is no right or wrong answer.

2. Choosing the structure of workouts.

Doing the snatch first, then clean and jerk, then squat is the most popular way to structure a workout. And any time one particular way of doing things is the most popular by lifters from all over the world over many decades you should pay attention, because there is probably a reason it is popular. In this case, snatches don’t seem to interfere with what you can accomplish in the clean and jerk or squat if those things are done after snatch, but heavier exercises (like clean and jerk or squats) do seem to interfere with snatchiing if they are done before the snatch. And, once you are in decent shape, the competitive exercises interfere much less with squats if squats are at the end of the workout than squats interfere with the competitive exercises if squats are done first.

One exception to this is to do front squats with a very low volume prior to the competitive lifts, some do this and it seems to work just fine. If your leg strength is a serious weakness you might experiment with this. But if there are no special considerations, snatch, clean and jerk, then squat will probably work fine for you.

Within one movement, how do you structure your lifts? Well any way you want to, really. Or at least any way that leads to gradually increasing the weights over time. One popular way is to do a series of singles, doubles or triples within a workout all at the same weight, and try to increase this working weight over time. Another way is to just work up to a daily max, then add volume to the workout be either taking weight off and working back to another max a time or two, or by adding in a few doubles or triples or even more singles a few kilos lighter than your best for the day. Either works. Something in between would work. Anything where you are challenging yourself and gradually increasing weight over time works.

3. Choosing the weekly or monthly plan

The simplest weekly program is to snatch, clean and jerk, and squat 3 non-consecutive days per week. As was discussed in part I snatch or clean and jerk variations can be substituted for the competition exercises if there is a good reason. Keeping in mind that one should endeavor to never get too far away from doing heavy competition lifts on a regular basis, setting aside Friday or your third workout of the week for going as heavy as possible for singles on the competition lifts is a worthwhile strategy. The first two training days of the week can be used for doubles or triples (if you do them) or variations of the lifts (if you do them). Setting aside at least one workout per week as a “test” day for the competitive lifts can keep you grounded in what is really important, namely snatching and clean and jerking more for 1 rep at a time.

Planning over a month, or even several months, can be as simple or complicated as you want it. People (especially beginners) have been plenty successful with virtually NO planning at all. Just continually challenging themselves to beat PR’s in the various training lifts.

But many cannot deal with the mental and physical boredom of doing the exact same thing all the time, so a bit of variation over time is valuable for a lot of people. There is nothing wrong with paying extra attention to pushing the squat up at certain times of the year, and limiting the volume of training on the snatch and clean and jerk to help accomplish this. Focusing more on variations of the lifts and doubles and triples for a while further out from a contest, and gradually concentrating more and more on the competition lifts for singles as a contest approaches is a very viable plan. Just be sure that if you do opt for variety, you don’t stray to far or for to long away from the basics.

Remember that success in weightlifting is defined by snatching and clean and jerking more. It is not defined by having a huge squat or carrying an impressive workload in training. To be sure, those things can certainly contribute to increasing the competitive lifts, but don’t let them become an end unto themselves.

If you follow these basic recommendations (Part I and Part II) and use a bit of common sense, you have plenty of tools to design a good beginners program. This is far from an exhaustive treatise on programming, but as your need for more advanced strategies and fine-tuning grows, so will your experience and knowledge.

Keep a workout log, and take good notes. When you change your program, try to change one thing at a time, and give the change a reasonable amount of time to work before you abandon it. Approach things in a systematic way, and with every week and every success and failure you will add to your knowledge of how your body reacts to training and what you need to do to snatch more and clean and jerk more.

And finally, I would like to leave you with two quotes. Both come from men who have had a significant impact on American weightlifting, and both become more and more meaningful as your knowledge and experience in the sport grow.

“The worst program in the world, if you believe in it 100%, is better than a great program that you don’t believe in.” – Lynn Jones

“I can tell you everything I know about weightlifting in 15 minutes. But it will take you 15 years to understand what I am talking about.” – Joe Mills

“The worst program in the world, if you believe in it 100%, is better than a great program that you don’t believe in.” – Lynn Jones

Deze is zooo waar haha
A

roeierd zei:
“The worst program in the world, if you believe in it 100%, is better than a great program that you don’t believe in.” – Lynn Jones

roeierd zei:
“The worst program in the world, if you believe in it 100%, is better than a great program that you don’t believe in.” – Lynn Jones