Sheru says Jay Cutler is in .


Last year, the week after the Olympia, the top 6 bodybuilders in the world descended on Mumbai, India for the Sheru Classic. The show was a huge hit, so when Sheru announced that it would be back in 2012, I expected that just about everyone would want to go. I figured one name that would be conspicuously missing would be 4x Mr. Olympia, Jay Cutler, who has been recovering from a bicep tear. When the updated competitor list was sent out by the Sheru Classic Team, and Jay’s name was included, I had to give Sheru a call!

Last year in India, it was very easily apparent that Jay was the most popular and well known bodybuilder of those that traveled to India. When I was touring the city of Mumbai, complete strangers asked if I was there for the bodybuilding competition, following up that question with, “Have you seen Jay Cutler? Is he here? Do you know him?” With Jay’s release of his new supplement line, Alpha Helix, I assumed he might take the trip to India to promote his new products. I asked Sheru about the addition of Jay’s name to the competitor list. He said, “Jay is planning on competing. He has told me he has every intention of winning this year in India!”

Every year Jay guest poses at Lonnie Teper’s West Coast Classic, and while he didn’t plan to guest pose this year at the show, Lonnie was able to get Jay to take his shirt off. If you watched the video here on RxMuscle, you have seen that Jay’s biceps look healed, and that he isn’t far off his normal weight and mass for this time of the year. When I saw the video, before I talked to Sheru, I thought an Olympia run was still a possibility. So, today I texted Jay for an official comment. I should tell you that Jay is notoriously vague with me, and I think most of the time he’s busting my balls, but the feeling I got was that Jay has a plan, and that he’ll be back onstage in 2012.

I know Jay to be a man of his word, so if he made a commitment to Sheru, I’m betting we will see Jay back onstage in India. If he is planning on doing The Sheru Classic, it only stands to reason that he’ll also be competing at the Olympia just one week earlier. 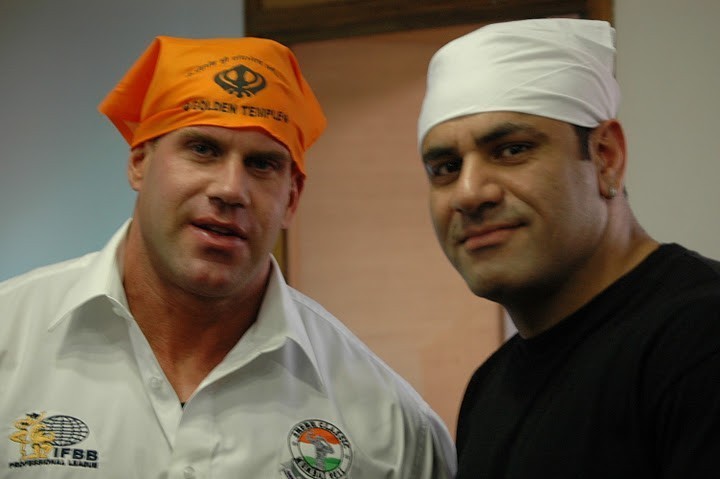