ROME (AP) - Luciano Pavarotti, whose vibrant high C's and ebullient showmanship made him one the most beloved tenors, has died, his manager told The Associated Press. He was 71.

Pavarotti had been diagnosed with pancreatic cancer last year and underwent further treatment in August 2007.

THIS IS A BREAKING NEWS UPDATE. Check back soon for further information. AP's earlier story is below. 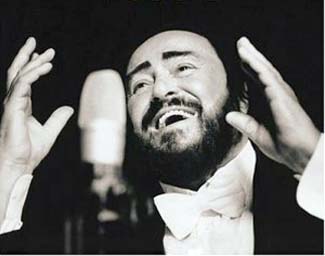 that's the cirkel of life