All aboard the trump train. Whoop whoop fuck your feelings 2016.

Hillary for prison! Obama for Guantanamo bay! Trump for president!

Wat ik eerder zei: Wonder what Tom Cruise and John Travolta have to say about this.
Laatst bewerkt: 30 okt 2016

Wat ik eerder zei: Wonder what Tom Cruise and John Travolta have to say about this.
Klik om te vergroten...

Kessler tells a story about Trump dating back to the late 1990s, a story that he says demonstrates who Trump really is.

"When Donald opened his club in Palm Beach called Mar-a-Lago, he insisted on accepting Jews and blacks even though other clubs in Palm Beach to this day discriminate against blacks and Jews," Kessler says.

"The old guard in Palm Beach was outraged that Donald would accept blacks and Jews so that's the real Donald Trump that I know."
Klik om te vergroten...

Why Director Comey jumped at the chance to reopen Hillary investigation


Hillary Clinton may win the election in two weeks, but the manner of her victory will bedevil her in the White House. Specifically, evidence keeps turning up suggesting that the FBI probe into her emails was influenced by political favoritism and double standards.

The latest news is the Journal’s report Monday that Virginia Gov.Terry McAuliffe, a longtime friend of Hillary and Bill, steered money to the campaign of the wife of a top FBI official. Political organizations under Mr. McAuliffe’s control gave more than $675,000 to the 2015 Virginia state Senate campaign of Jill McCabe,the wife of FBI deputy director Andrew McCabe. Mr. McCabe, director James Comey’s right-hand man, helped oversee the probe into whether Mrs. Clinton mishandled classified information on her server.

Some $467,500 of the money came directly from Mr. McAuliffe’s political action committee, Common Good VA, while $207,788 came from the Virginia Democratic Party, which the Governor essentially controls. The funds amounted to more than one-third of all the money Mrs. McCabe raised.

Mrs. McCabe announced her candidacy the same month (March 2015) as the news broke about Mrs. Clinton’s private email server. Mr. McCabe was running the FBI’s Washington field office at the time, and he was promoted to the No. 3 FBI slot not long after the formal FBI investigation began in July 2015.

The FBI said in a statement that none of this is an issue because Mr. McCabe wasn’t promoted to the No. 2 position until February 2016, months after his wife lost her race, and only then did he assume “for the first time, an oversight role in the investigation into Secretary Clinton’s emails.”

All of this asks voters to believe that Mr. McCabe as the No. 3 official at the FBI had nothing to do with the biggest, most sensitive case at that agency. This strains credulity. Before he became No. 3 at the FBI Mr. McCabe ran the bureau’s Washington, D.C. field office that provided resources to the Clinton probe. Campaign-finance records show that 98% of the McAuliffe donations to Mrs. McCabe came after the FBI launched its Clinton probe.

Director Comey, the self-styled Boy Scout, somehow didn’t think any of this would look suspicious? Add this to the list of special treatment for Mrs. Clinton: no grand jury, grants of immunity to her aides, no interview until the last minute, a special exonerating public declaration, and a pre-Labor Day dump of damaging FBI notes.

The contrast couldn’t be greater with the FBI and Justice Department determination to convict retired Gen. James Cartwright—former vice chairman of the Joint Chiefs of Staff—of a felony for lying to the FBI. The general told a federal court last week he regretted he didn’t tell the bureau the truth about conversations he’d had with reporters about a secret cyberattack disrupting Iran’s nuclear program. He could serve up five years in prison.

“People who gain access to classified information after promising not to disclose it must be held accountable when they willfully violate that promise,” said U.S. Attorney Rod Rosenstein in a press release.

“We conducted a thorough and independent investigation included [sic] collecting tens of thousands of documents through subpoenas, search warrants and document requests, and interviewing scores of current and former government employees. The evidence showed that General Cartwright disclosed classified information without authorization to two reporters and lied to federal investigators. As a result, he stands convicted of a federal felony offense and faces a potential prison sentence.”

This is comical coming from the same folks who gave away immunity deals like candy in their probe of Mrs. Clinton. Gen. Cartwright wasn’t even the original source of the Iran leaks. The general says he confirmed details the reporters already had in an effort to prevent them from publishing information that could harm America’s national security.

Though Mrs. Clinton didn’t leak to reporters, her personal server exposed national secrets to potential hackers, and she gave a number of people (including some of her attorneys) without proper clearances access to that information. When Gen. Cartwright became the subject of an investigation, he was stripped of his security clearance—which never happened to Mrs. Clinton.

Maybe the general should have run for the Democratic nomination. Enough red flags have been raised about the McCabe-Comey investigation of Mrs. Clinton that it deserves to be the subject of an investigation by Congress. Let’s get some of the FBI agents under oath and see what they think of the Comey procedures. If it’s all on the up and up, they have nothing to fear from public transparency.
Klik om te vergroten...

The FBI is getting ready to analyze around 650,000 emails that are in the laptop of disgraced former congressman Anthony Weiner to see whether any of them have any relation to a previous investigation into Hillary Clinton’s use of a private server. “Metadata on the device suggests there may be thousands sent to or from the private server that the Democratic nominee used while she was secretary of state,” reports the Wall Street Journal, citing “people familiar with the matter.”

The probe, which was apparently delayed because agents had to wait for a court order, is expected to take weeks at least. That means that if Clinton wins the election, she will be celebrating with a cloud over her head as the FBI will at least be investigating some of her closest advisers.

Clinton’s campaign did not wait long to blast the Wall Street Journal story, highlighting that it says the emails “may” be related to the previous investigation into the private server. “These are misleading leaks from the FBI and its shameless,” Clinton campaign press secretary Brian Fallon wrote on Twitter. Indeed, the Journal piece notes that first investigators have to determine whether any of the emails are between Clinton aide Huma Abedin, Weiner’s estranged wife, and State Department officials, then whether they contain classified material, and then whether any of them are duplicates of emails that have already been reviewed.

It seems to be increasingly clear that while FBI Director James Comey only learned about the existence of these potentially relevant emails recently, investigators knew for weeks, according to several reports. That is significant because if the news had been revealed earlier it “might have been less politicall damaging for Clinton,” notes the Washington Post, which also points out that it isn’t clear “what agents have been doing in the intervening time.”

Abedin, meanwhile, is a bit at a loss as to how her emails would have ended up in Weiner’s computer, according to the Post. Abedin didn’t regularly use that computer and apparently her lawyers never even searched through it because they didn’t think any messages coud be in there. An investigator tells [Link niet meer beschikbaar] that it was "news to [Abedin]" that her emails would be in her husband's computer. 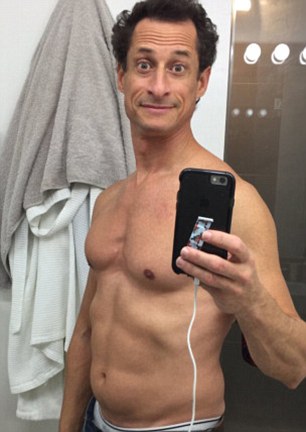