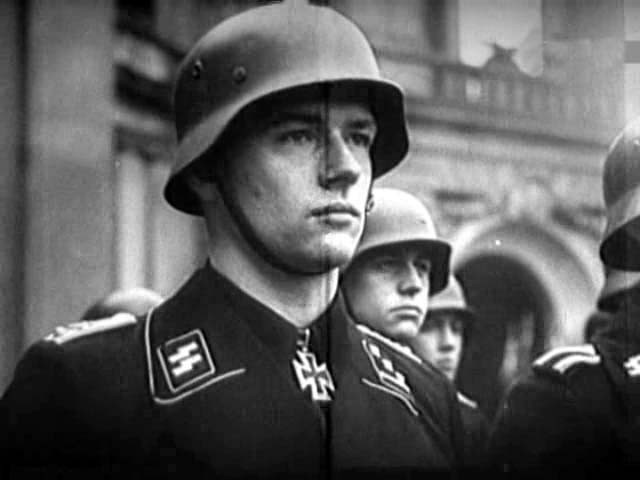 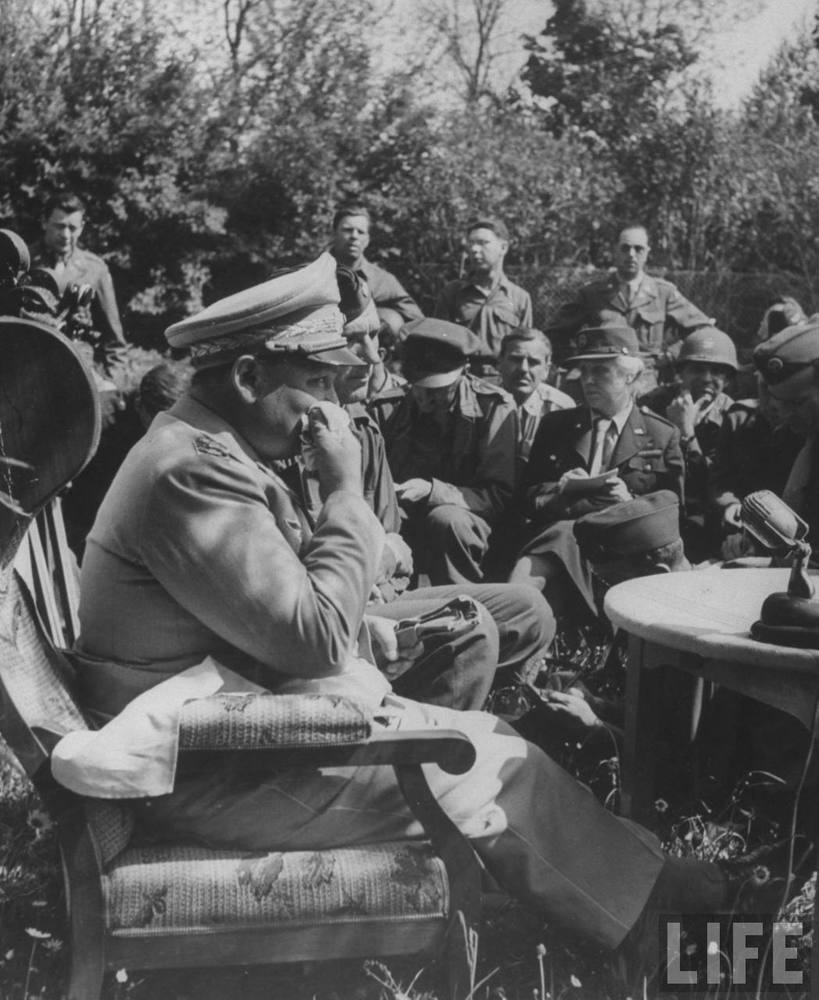 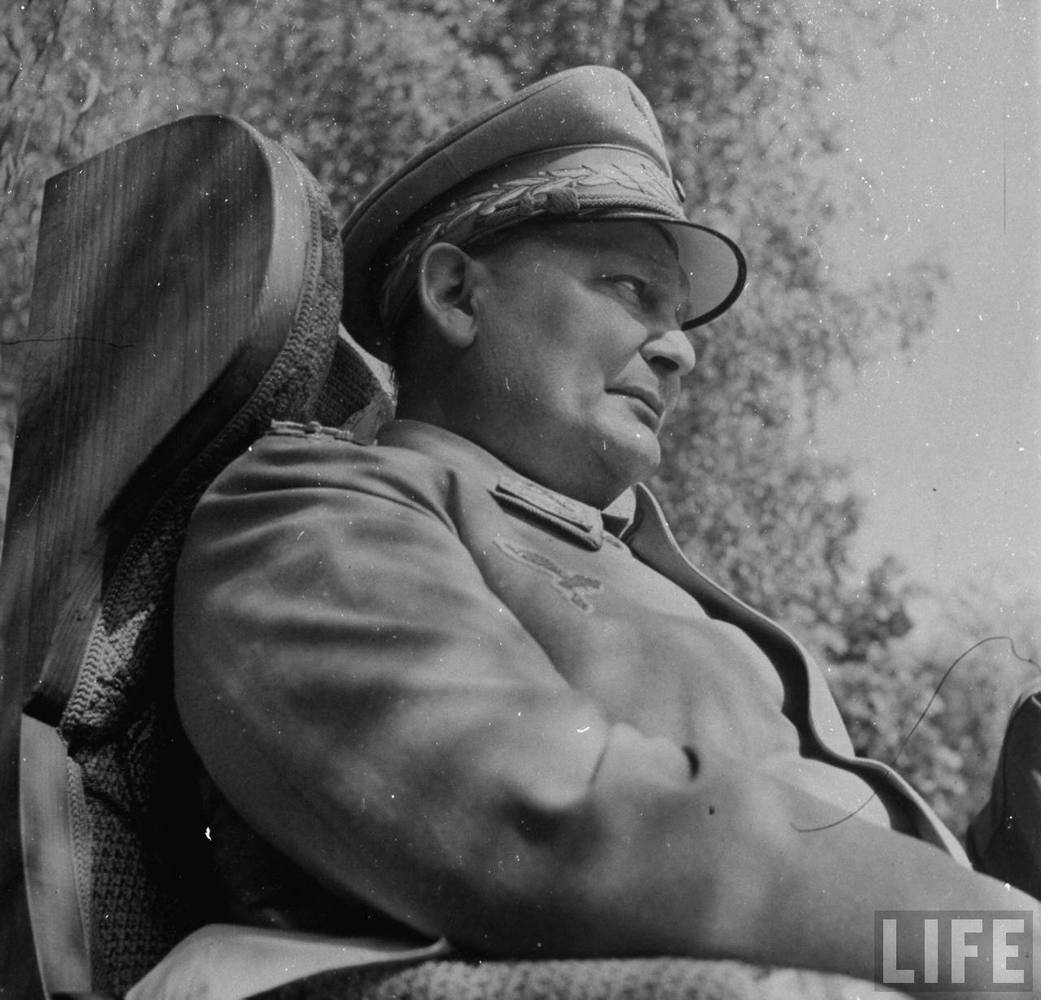 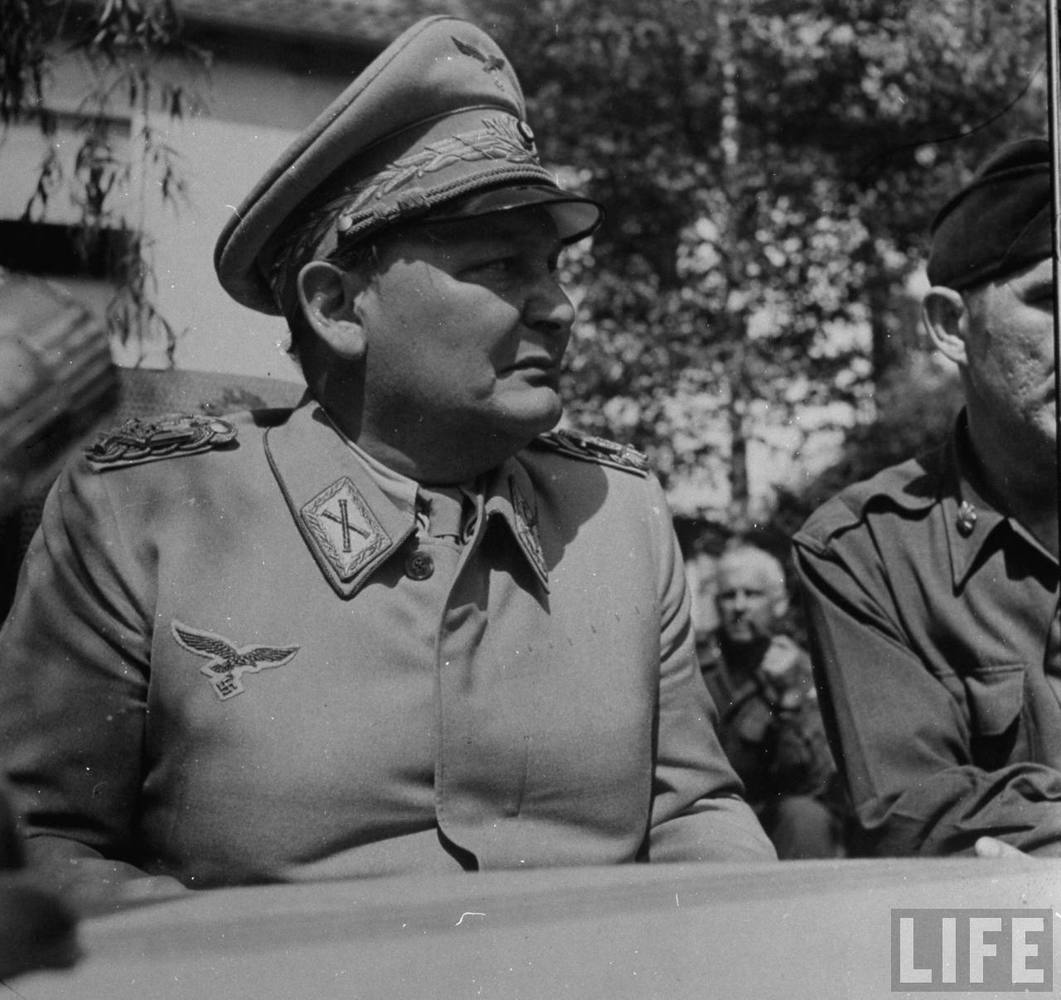 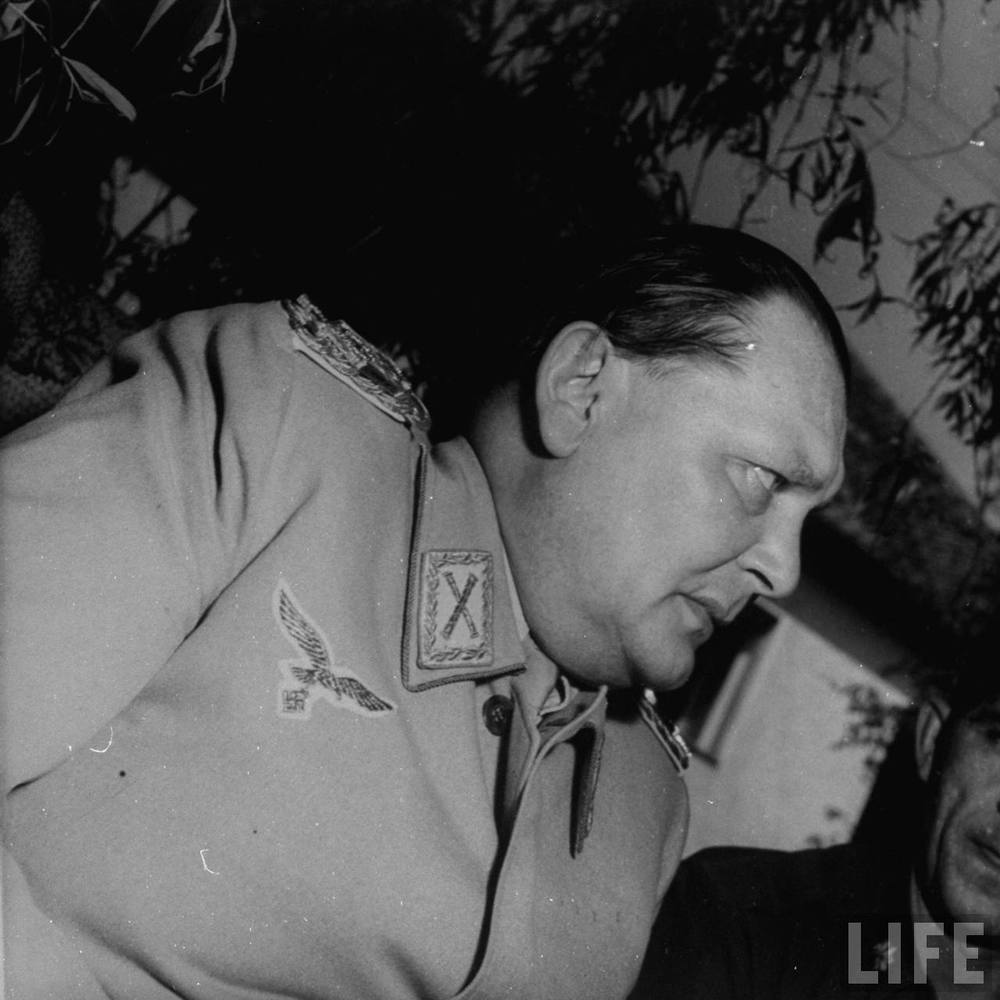 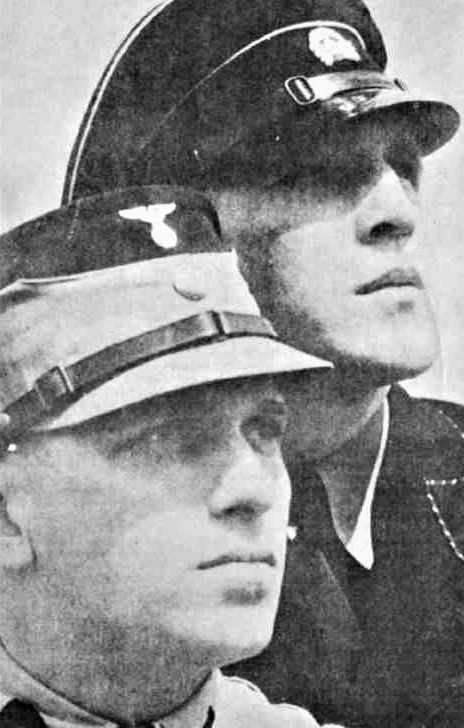 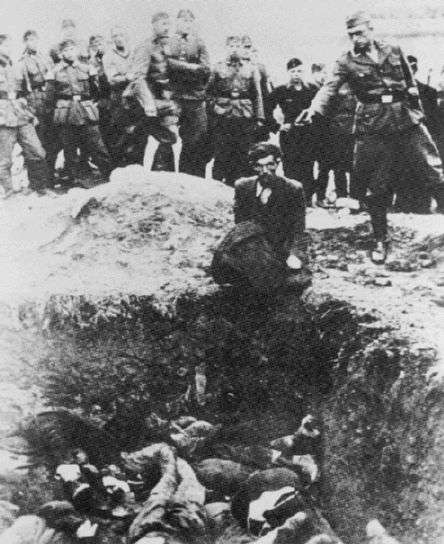 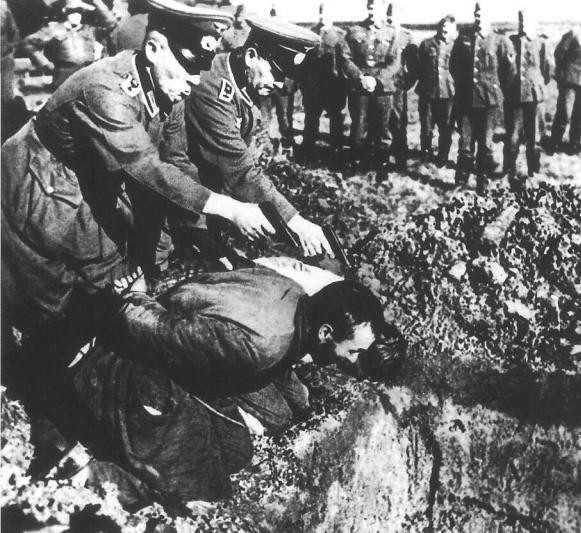 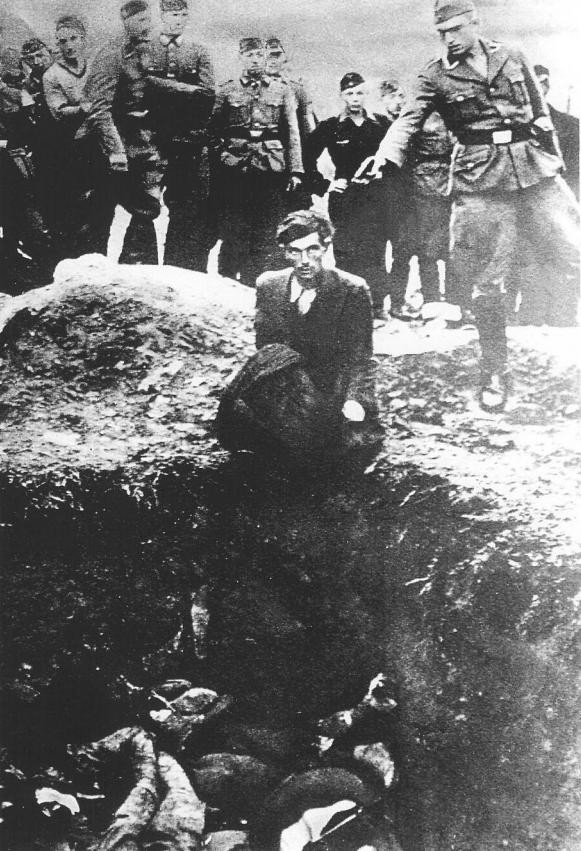 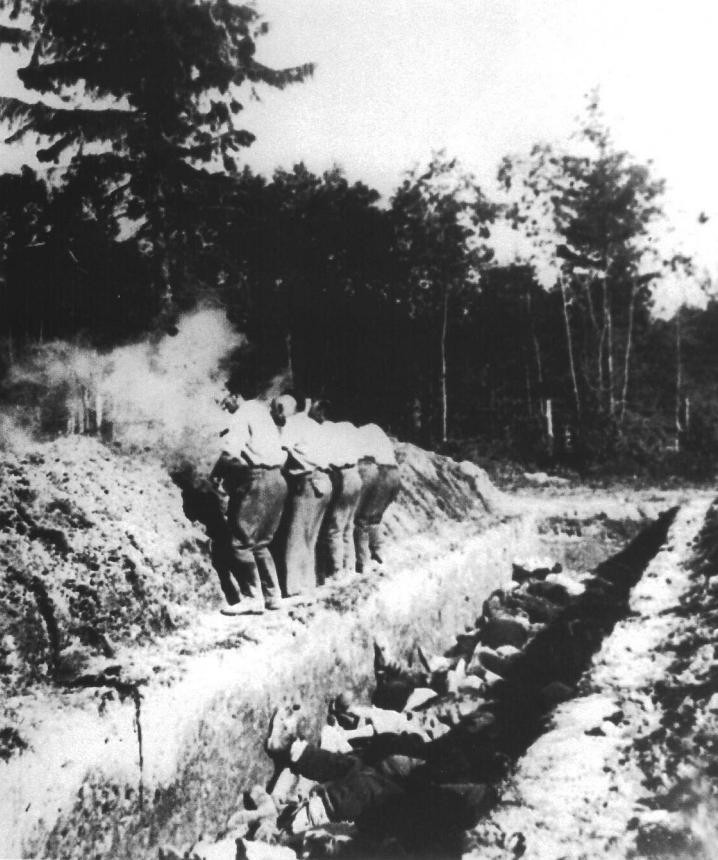 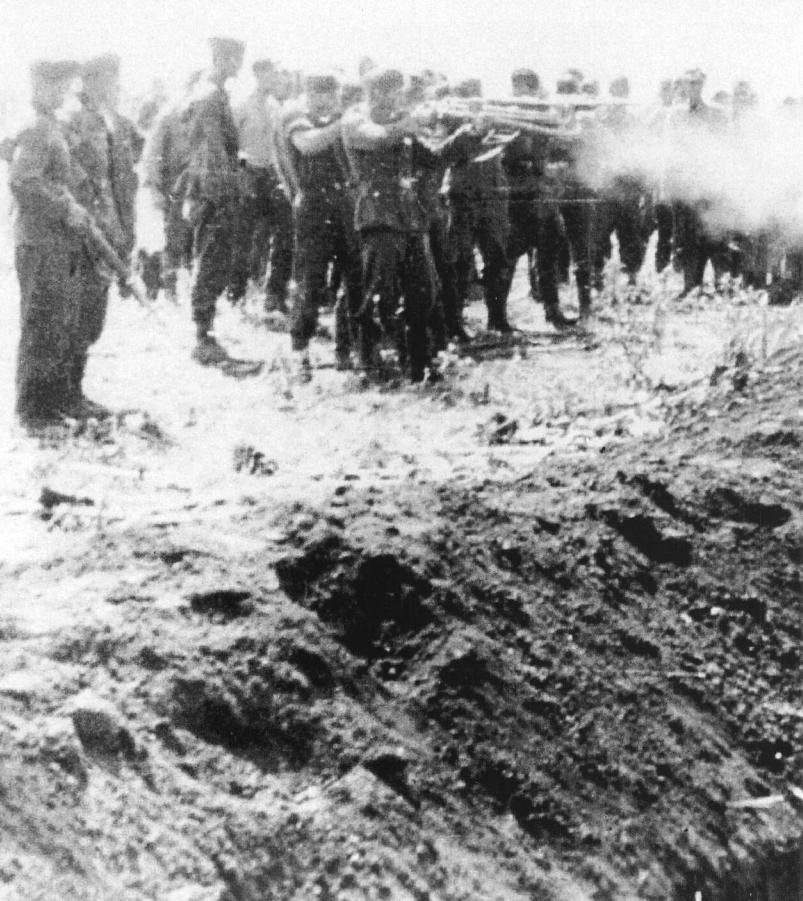 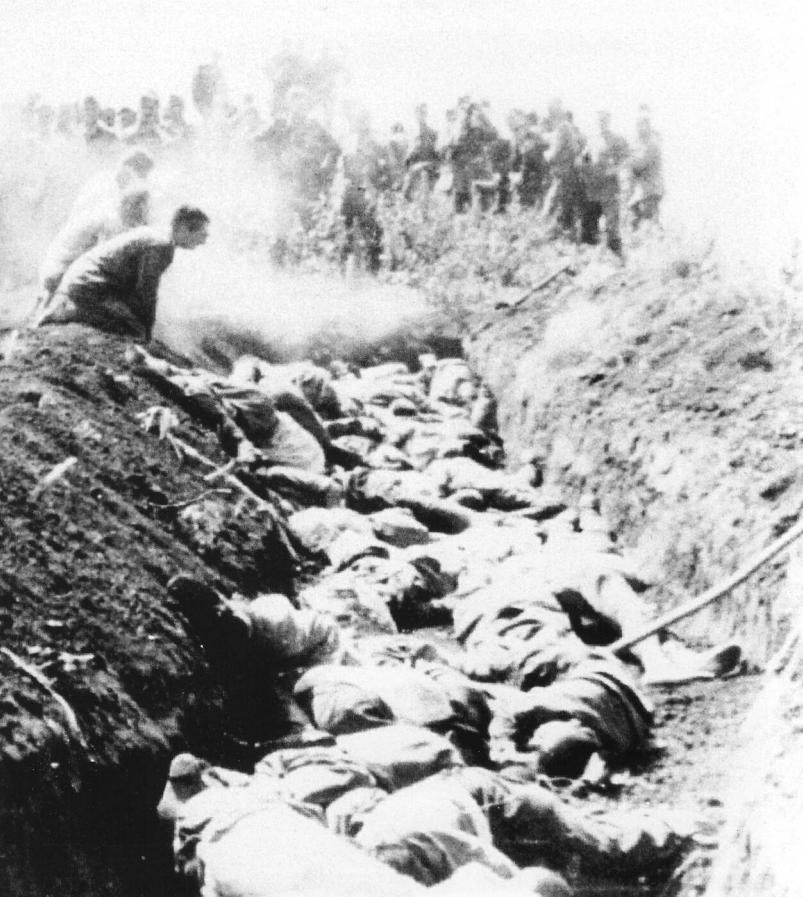 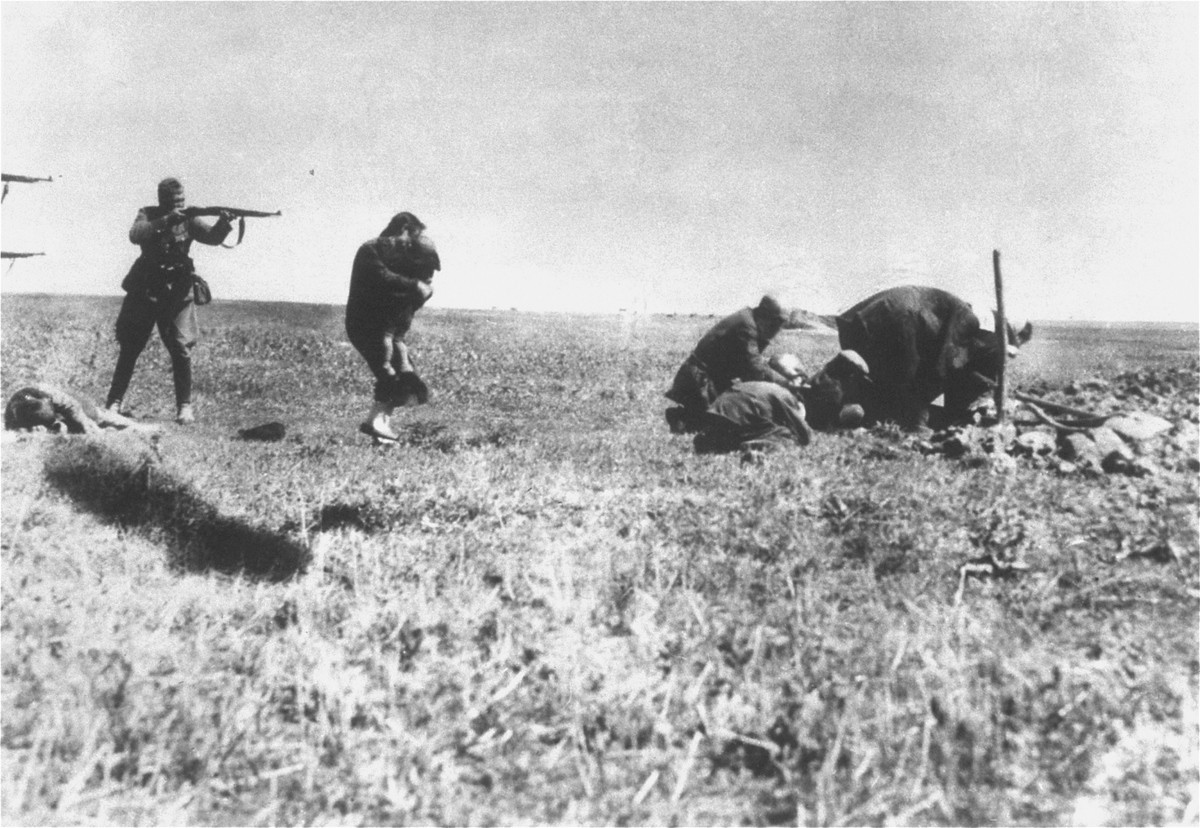 “The result of this proclamation was, of course, that all persons concerned appeared as ordered. This relatively harmless summons, it was thought, could be connected in some way or other with the preparations we were observing. It was because we took the matter so lightly that we were all the more horrified at what we witnessed during the next few hours.


One row of Jews was ordered to move forward and was then allocated to the different tables where they had to undress completely and hand over everything they wore and carried.
Some still carried jewellery which they had to put on the table. Then having taken off all their clothes, they were made to stand in line in front of the ditches, irrespective of their coïtus.

The commandos then marched in behind the line and began to perform the inhuman acts, the horror of which is now known to the whole world. With automatic pistols and 0.8 pistols these men mowed down the line with such zealous intent that one could have supposed this activity to have been their life –work.


Even women carrying children a fortnight to three weeks old, sucking at their breasts were not spared this horrible ordeal.

Nor were mothers spared the terrible sight of their children being gripped by their little legs, and put to death with one stroke of the pistol-butt or club, thereafter to be thrown on the heap of human bodies in the ditch, some of which were not quite dead. Not before these mothers had been exposed to this worst of tortures did they receive the bullet that released them from this sight.

The people in the first row thus having been killed in the most inhuman manner, those of the second row were now ordered to step forward. The men in this row were ordered to step out and were handed shovels with which to heap chloride of lime upon the still partly moving bodies in the ditch. Thereafter they returned to the tables and undressed.

After that they had to set out on the same last walk as their murdered brethren, with one exception – this time the men of the alternative firing squad surpassed each other in cruelty, lest they lag behind their predecessors.


The air resounded with the cries of the children and the tortured. With senses numbed by what had happened, one could not help thinking of wives and children back home who believed they had good reason to be proud of their husbands and fathers, who, they thought, were fighting heroically in the ranks of the German army on behalf of the Fatherland, whilst the so-called Elite troop, always referred to as unique, perpetrated the most horrible acts of cruelty in the honourable uniform of a nation.”

On the 22 September 1941 Lieutenant Bingel and his men witnessed a second massacre in Vinnitsa. This was followed by a third, also in Vinnitsa, carried out by Ukrainian militia who had been trained by the SS, and were commanded by a small group of SS officers and NCO’s.