The 2nd Battle of Darayya, is the ongoing battle being fought from the end of 2012,
between the Syrian Army and the rebels in the Damascus suburbs of Daraya
Daraya is a rebellious suburb where rebels have attempted to create a stronghold near
Damascus center. In August 2012, the Syrian Army defeated the rebels and took control
of the town

In November 2012, rebels launched a second offensive and took back control of the
suburbs and recaptured Darayya.The rebels were successful at preventing the Syrian
Army from entering the town until mid-December when the Army intensified their
attacks with heavy shelling and Tanks raids into the city.
From dec. into febr. 2013 the rebels filmed this intense T-72 raids while under fire.
Klik om te vergroten...

Syria's industry body has filed a case in a European court against the Turkish government for allegedly sponsoring terrorism and looting factories in strife-torn Syria, a report said on Monday.

"This is a case aimed at asserting our rights, regardless of our political opinion," Al-Watan quoted the chamber's president Fares Shehabi as saying. He said that several Syrian unions have signed on to the complaint.

"We have the necessary documents... to prove Erdogan's obvious involvement in sponsoring acts of banditry and terrorism."

He said the chamber accuses Erdogan of contributing to the "transfer of factory (machinery from Aleppo province in northern Syria) to Turkey," and of "supporting armed gangs who are committing crimes against the national economy".

In January, Syria accused Turkey of plundering factories in Aleppo, once the country's commercial hub, and called on the United Nations to help put a stop to what Damascus described as "an illegal act of aggression that amounts to piracy".

"Some 1,000 factories in the city of Aleppo have been plundered, and their stolen goods transferred to Turkey with the full knowledge and facilitation of the Turkish government," the Syrian foreign ministry then said in letters sent to the UN.

Shehabi said the legal complaint is aimed at compelling Ankara to "change its policy towards Syria" and to bring back the stolen goods.

Once allied to President Bashar al-Assad's regime, Ankara broke ties with Damascus to support the revolt that erupted in March 2011.

Turkey is hosting some 200,000 Syrian refugees who fled the fighting in their country.

FSA units active in the Syrian Golan Heights, are approaching the Israeli border: While 21 United Nation peacekeepers were released by the rebels after being held for four days, Syrian President Bashar Assad 's opponents on Saturday evening posted videos showing them firing in the air not far from the border with Israel.

He goes on to declare that from now on, the rebels will fire on this land, and the men in the car with him fire in the air symbolically. He then says, "We will free the Golan and it will return to the free Syrian people, with the help of Allah."
Klik om te vergroten... 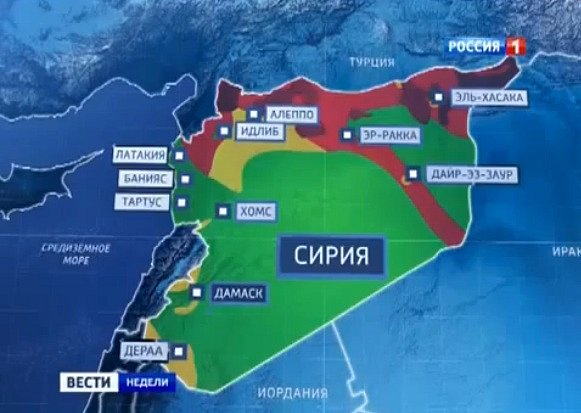